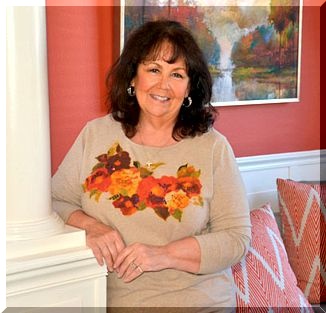 Work: Sanders first book, The Laborers Are Few, (non-fiction, 2011) is a compilation of inspiring humanitarian efforts. The foreword was written by Michigan Coach Bill McCartney, founder of Promise Keepers International, an outdoor, filled-stadium movement impacting hundreds of thousands of men during a ten-year span.

Personal: Sanders grew up in West Dearborn with working-class parents Guy and Shirley Ann Taylor and younger brothers, David and Dennis. After graduating from Dearborn High School in 1965, she attended Northern Michigan University, Marquette, Upper Peninsula. In 1970 she joined American Airlines to see more of the world. In 1972, marriage to Daryl Sanders, Vice President of E.F. McDonald, a Fortune 500 Club Corporation piloted them on executive travel to Paris, Madrid, Canary Islands, Acapulco and Morocco.

Work among the poor and disadvantaged motived the Sanders to launch a 501 C 3 foundation called The Churches One Foundation. In 1993 the Sanders hosted a private luncheon to honor Mrs. Coretta Scott King on the 25th Anniversary death of Dr. Martin Luther King, Jr. at the King Arts Complex in Columbus, Ohio. 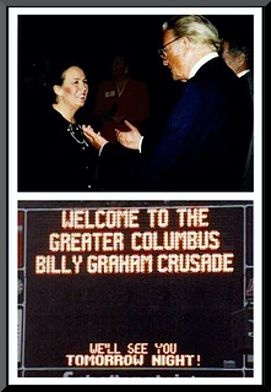 The Sanders both served on the executive board of The 1993 Greater Columbus Billy Graham Crusade.

Singular Accomplishments: A branch member of the National League of American Pen Women, Washington, D.C. , the oldest organization in the United States for creative women founded in 1897 "for mutual benefits and the strength that comes of union."

Native Heritage: History continues to be made by George Croghan descendants. To this day the female line of Croghan's Mohawk daughter Catherine are inheritors of her position and power in the Turtle Clan. "Catharine Adonwentishon was head of the Turtle clan, the first in rank in the Mohawk Nation. Her birthright was to name the Tekarihoga, the principal sachem of the Mohawk nation."[80]